On Thursday 11 April, the Migration Museum will host a launch event to display the hearts made in Adelaide.

Connecting Hearts is a participatory art project that began in Sydney (2016) and has continued, including travelling to London (2018). Current debates on migration often focus on the divide between those who are accepted as belonging and those who aren’t. It is easy to forget the hearts we have in common. The project invited people to make small clay human hearts by attending workshops at the Migration Museum led by the artist Penny Ryan.  The hearts have been fired and wrapped in cloth.

Register to attend the Migration Museum event via Eventbrite

The Adelaide hearts will then be joined by 2000 hearts made previously in Sydney. The hearts will form a spiral on Plane Tree Lawn at the Adelaide Botanic Garden (13-14 April). Visitors are invited to walk the spiral, pick up a heart, unwrap it and record a response to the question: ‘who belongs?’

With thanks to our partners Botanic Gardens of South Australia and Bennetts Magill Pottery. 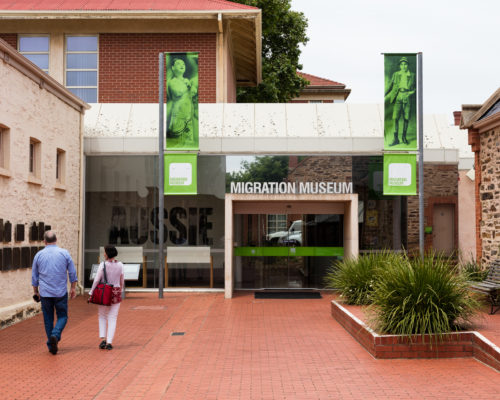